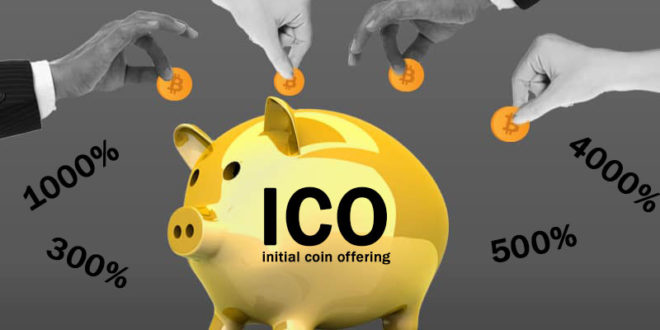 It’s ironic that I’m writing this blog post during a week where I literally lost my entire profit margin on Bitcoin and Ether currency fluctuations. Between the time a client paid me and I pulled the money out to pay the writer, zip, it was gone. So it’s ironic, because I consider this a temporary problem. Of course, I need to say what I mean by temporary.

When people come to us to write an ICO whitepaper, they are creating a business, DAO or technology for the future. Doing the ICO itself is going to take a year, and then they have to develop, sell, and deploy the thing. In other words, if you are talking to me about your ICO whitepaper, you are creating something for 2-3 years in the future. Given that, you need to make sure you aren’t solving yesterday’s problem. Most of the problems you know about, by the way, are yesterday’s problems, because someone is already well on the way to solving them, whether or not they have gone public or not. In this post, I look into the future of how I, in my infinite ignorance, think about the issues of cryptocurrency volatility, accessibility, and liquidity problems. I chose these three, because those are the projects I commonly reject. (That’s correct, we will not take every ICO whitepaper writing project that comes to us. If you tell us you’re solving a problem that doesn’t exist, we help you launch an ICO.) By the way, I don’t think my prediction is correct. My opinion is a starting point to think about this, by the way. You don’t have to agree, but I would strongly advise you to create a counter-argument or alternate vision of the future if you are developing a product for use 2 years from now. It’s extremely unlikely that the crypto market will stay the same.

People are looking to solve cryptocurrency volatility problems in a number of ways: regulation, stable coins, managed funds and pegging being the most common. Volatility, however, is a natural consequence of a new technology and a new form of currency. It’s volatile because nobody is sure if it’s going to succeed, and  if so, which of the hundreds of coins will come out the leaders. And it’s volatile because it’s a new form of exchange. However, it won’t be new for very long. In another couple of  years, we will know how to valuate cryptocurrencies (coins) just like we know how to valuate fiat currencies. There will always be fluctuations between currency, but volatility only happens in the case of major events. Cryptocurrencies will be the same as any other currency (or they will disappear altogether).

As for crypto-assets (tokens), again, we will have ways of safely investing in and analyzing them. In many cases, tokens will look like equity, and in others they will be ecosystem utilities, and we will have a way of understanding how to analyze a particular ecosystem’s value and viability vis-a-vis other ecosystems, just as we know how to analyze a company’s potential value. I’m not saying we are particularly great at analyzing the value of early-stage startups, but the people who do it professionally have standards for doing so, and when someone goes out to raise capital, even on something speculative, we can give a good guess of how much the company is probably going to be able to raise.

Short version: volatility will be gone in 2-5 years. Any artificial means to eliminate volatility in the crypto markets better have a good short-term business model and exit plan, because we won’t need it in the future.

The idea that people are not using cryptocurrency because it’s difficult and complicated is ridiculous. Opening a Coinbase account is almost as easy as opening a PayPal account, if you have a government-issued ID and a credit card. If you don’t that is a whole different problem that we call “identity”. Making an easy-to-use exchange with market education built in will not solve that problem.

Whatever you are doing to make crypto available to “the masses” is misguided. The masses don’t need crypto. The masses never invested in Forex, so why would they suddenly have a “need” to invest in crypto? They don’t. When crypto is as widespread as fiat, then “the masses” will use it. If it isn’t ever as widespread as fiat, that’s fine, too. There is no “accessibility” problem for crypto today, and there won’t be one tomorrow either.

Liquidity and Listing on Exchanges

The entire system of cryptocurrency exchanges is completely messed up today. Let’s first talk about how normal trading looks.

In the world of normal trading, there are two main interfaces:

Notice they are interfaces. The bank does not hold all of the supply of Euros and Dollars and Yens. When you go to the bank and ask to exchange some Euros for Swiss Francs, they don’t say: “We don’t have anyone who wants to trade with you today, come back tomorrow.” When you got to the online stock broker, and you enter a trade, you don’t get a message saying, sorry, nobody is selling that particular thing on our exchange today. Nobody says: we don’t list that stock, you need an account on the other exchange, because we don’t trade in that particular currency or stock.

When you trade, you are trading within the entire pool of currency, the entire pool of stocks or bonds or commodities or whatever. Yes, these are centralized systems, but do we need a centralized system for this kind of trading? I’m not sure, but I suspect something will happen that will eliminate this ridiculous situation. Maybe it will be decentralized exchanges. Maybe it will be a centralized mega-exchange, like the stock exchange. Maybe it will be something that hasn’t been invented yet. But one thing is for sure. The current system is inefficient and ridiculous, so it will disappear. If you are just thinking in the direction of “a better exchange”, for everyone’s sake, please think bigger. This system is not sustainable and maybe you will become this thing we haven’t heard of yet.

As long as we are on the topic of unsustainable, multiple wallets are unsustainable. We are not going to have a system where everyone has 5 wallets and accounts on 5 exchanges and a cold wallet storage that they have under their mattress. This is almost as ridiculous as wearing gold around your neck and considering that a great store of value. Not that people don’t do that, but it’s ridiculous. People can’t manage all these wallets and passwords. Eventually, we will have one interface and it will be completely transparent to us where the thing is stored, what exchange is handling transactions, and what currency we paid in and what currency the vendor got. Today, I can walk into any shop anywhere in the world and hand them my credit card and they will get their currency and I will be billed in mine. That’s how the wallet of the future will happen. Some people will be traders, but for most people, they might be carrying 3 or 10 or 100 currencies in their accounts but it will all be managed by AI that manages which currency to sell when for optimal exchange rates.

Passwords will die, hopefully soon. We’ve seen a ton of promising whitepapers in the areas of biometrics and behavioral data being used for data.

But I want to talk about my fantasy in the world of security. I know, it’s not often that women talk about their fantasies but this is mine. I fantasize that people will be paid for having security software. The more secure your node is, the more you would be paid in token. Today’s world is backwards. If you think about the real value, every node on the system that is insecure endangers the whole system. Yet, we penalize people multiple times for implementing security measures. First, they have to pay for the security software and hardware. Secondly, they have to install it properly. Thirdly, they have to update it. That’s a lot of penalization for someone who is doing a public good. It should be just the opposite. If someone is walking around being a public hazard, they should be penalized, but if they are acting in a safe way and protecting others, they should get a reward. So, in my fantasy world, people would be paid to secure their devices. If that makes me a pervert, sobeit. We are all entitled to our fantasies. What’s yours?