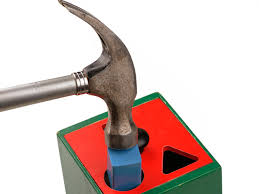 In last week’s post, I talked about Product-Market fit as the most important part of an ICO whitepaper. I’d like to follow up with examples of upcoming ICOs to give you insight on your own ICO, and how you can become epic. Note that I will never comment on my clients’ iCOs or ICO whitepapers, because of the conflict of interest. All unsolicited opinions are based on publically available information on these companies. So, with no further ado, here’s my unsolicited opinion of the good, the middling and the ugly. Excellent: Dreamteam. Dreamteam @DreamTeam_Token is one of my absolute favorite ICOs coming up. Why? Perfect product-market fit. Their target market: eSports players. ICYMI, eSports involves teams of gamers sitting in front of screens in a stadium playing games against other teams. Did I say stadium? Yes, watching people play computer games is now a spectator sport. Nobody in the world is more accustomed to using e-currency than gamers. Every time I check my credit card bill, my son’s bought a whole bunch more FIFA or LOL tokens. What are these things? I don’t know, but gamers do. Dreamteam is creating a centralized market for scouting great players. Why would someone want to scout a Dota 2 or League of Legends player, you might ask? How about over $125 million in prize money. These online worlds already have leaderboards, and every player in the world can know their ranking, but Dreamteam goes further, offering an entire ecosystem and and a currency for doing transactions. Looking for a player? A coach? A mentor? Looking to come to a few “practice” games of your favorite team? It’s going to be possible for Dreamteam. Perfect market fit: token for people who use tokens. Centralized online player marketplace for people who are online all the time. Lots of geeky stats for geeks who care about stats.

Middling:  EtherParty. EtherParty @etherparty_io has all the right backers and a great team with enthusiasm. However, the product-market fit is fair to middling. The idea that people will want to create their own smart contracts is fundamentally correct. At some point in time, just like people want to program their own websites, people will want to program their own smart contract. But there’s the rub. How many regular folks really are programming their own websites? If it’s just your personal blog, maybe, but if you are a small business you’re probably getting a programmer or buying a readymade site from someone in your field. Despite the advent of Wix and Weebly, people want a professional to make sure it’s done right. And a smart contract? You mean I am going to write my own immutable fixed contract to transfer money? How comfortable am I that I won’t screw up something and lose that money forever? However, let’s assume there is some market for those people who do want to write their own smart contract. The next question is when that market will mature. Wix has been around since 2006. The WWW has been around since 1991. So, yes EtherParty is on to something that at least has some market. But their timing is off and they aren’t focused specifically on what subset of “everyone” will be ready to use their platform in the next few years.

Ugly: Cappasity: Cappacity @cappacity is actually a profitable company with a functioning, working product and paying customers in the 360 view space. 360 photography allows retailers to show their products on their website with a video you can turn around to show all sides of the product. But their token raise has nothing to do with that business. The Cappasity ICO  has to do with virtual and augmented reality. How is this connected to 360-view photography? Not at all. 360 photography, VR and AR, are 3 totally different markets. I can’t even tell you the problem with Cappacity’s product-market fit because it’s not clear what market they are going for: AR? VR? Those are two different things. Their current customers are retailers, but they now want to create a VR content platform for consumers. Let me tell you who else is doing that: Facebook and Google. For a VR market to be feasible for consumers, firstly, content creators need to create awesome content. It takes $30,000 worth of equipment a team two or three of months to create 5 minutes of VR content today, which is why FB and Google have been throwing billions as this market. Secondly, consumers need to have VR glasses and want to use them. And by the way, if you think consumers are going to want a video site with 360 photography rather than VR, you have to explain why. Sorry, this ICO rates “ugly” for (a) confusion about the market and technology and (b) no consumer readiness for this market. If you don’t know the difference between 360 photography, AR, and VR, you shouldn’t be in the market. And if you haven’t noticed that YouTube is your main competitor… ditto.