Should you consider an equity token? 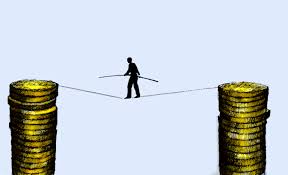 Why you should be considering an equity token

Because you’re a traditional centralized business. And you don’t want to get in trouble next year.

At this point, we are getting 3 to 5 ICO whitepaper inquiries per day. Even on Sundays. And Christmas. Everybody seems to need an ICO whitepaper. The problem is that most people don’t need a token. That’s why equity tokens are gaining in popularity.

Here’s why you should be considering equity tokens:

In short, it’s the honest way to do an ICO for a business focused on making money in the current configuration of the money world. If you are planning to run the company like a private company and you want private investors to put their private money in your private company, don’t pretend it is a decentralized organization that needs a token. Just be honest.

But we don’t want to be classified as a security! None of them are regular-companies-turned blockchain. You know why? Because it doesn’t really work. You know this. You know you have been figuring out your token model and in the end, you are still functioning as a central bank. My next blog will feature a parable about a central bank, in case you don’t know what I mean by that.

The main advantage of ICO fundraising over traditional rounds is that, right now, you can get better terms as a founder. Investors in ICOs aren’t asking for voting rights or a board position, and they can invest in a variety of increments that wouldn’t be possible in traditional investment fundraising. Also, probably most importantly, ICOs are hot and more institutional investors are looking into ICOs, so for the time being, you are probably going to fare better by offering an equity ICO than offering equity on private markets.

But don’t be naive. This isn’t going to be easy. You are still going to spend months on a roadshow getting your investors. You are probably going to spend a lot more money on this than a traditional roadshow. You are going to have to be just as polished as a traditional fundraising round, and you are going to need some fairly complex financial structures for collecting funds and issuing tokens and getting listed on some kind of exchange or managing wallets in some way.

Having said that, still, I think ICOs still give you better leverage than traditional fundraising. Today. Given that it will take you 6-18 months to get this thing together, we can’t predict that your timing will work for you. There will be an “adjustment” and nobody knows when that will be.

Get a lawyer. You will need to comply with securities law in your jurisdiction. We write ICO whitepapers. We aren’t lawyers. But we work with a lot of companies with lawyers and these are the models we’re seeing in the ICO whitepapers we write.

Now that you realize that you really want to share your success with your investors, there are many ways to do so:

Obviously, you can mix and match these models. We’ve seen a variety of different ways for companies looking to do equity ICOs. We don’t have any evidence yet of how the regulators will look at this, or what they will look like when they hit the market. Because of our position as ICO writers, we are seeing trends six months before they hit the markets. We can’t guarantee that anyone will succeed in this kind of model, but this is what we’re seeing and reporting to you.