A parable about a central bank 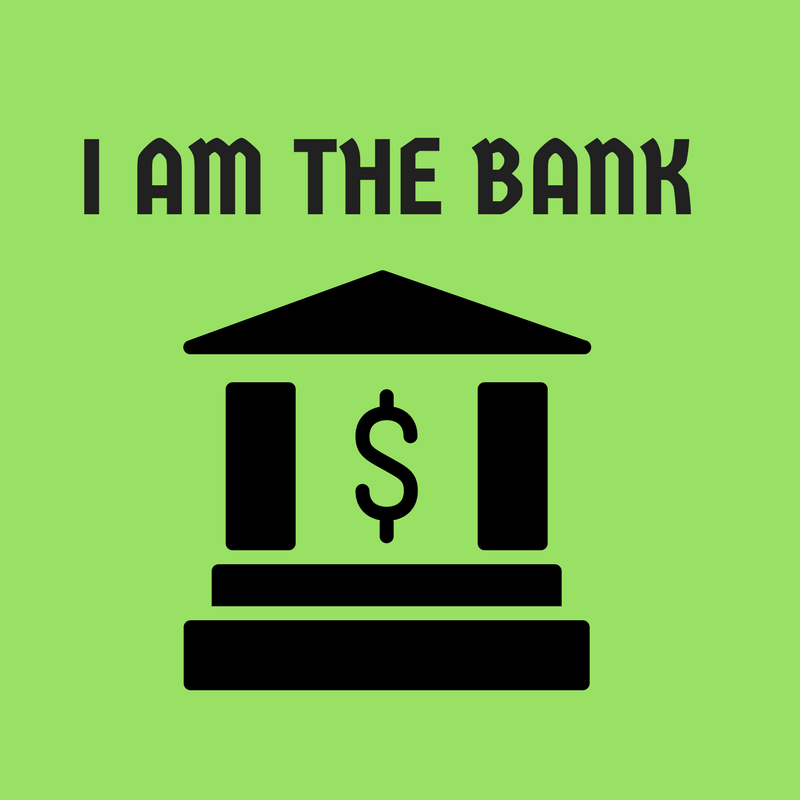 A parable about a central bank

“Don’t you think our business model can work?” asked the founder.

Why do I even have to say that? Being a successful entrepreneur doesn’t qualify you to be the chairperson of a central bank. Have you ever been asked to step up and work for the Fed? Before you decided to an ICO, did you ever, in your entire life, think about fiscal policy? Did you at least read a book about setting fiscal policy? If not, it could possibly be that you aren’t qualified to set fiscal policy. Ask your tokenomics consulting company or expert what exactly qualifies them to understand how to set fiscal policy for your token. Ask them what they did before they worked in the cryptocurrency space. If it isn’t in the government regulatory field or as a professor of economics, guess what? They aren’t qualified, either.

What you’re getting into: the short version

I am writing this for the benefit of everyone in this industry who has not experienced this first hand, or who those who have experienced it but don’t see that they are in that position.

Let’s say your token is worth 0.1 ETH. What does that mean? That means that anyone would be willing to buy that token for 0.1 ETH. Maybe not anyone, but at least a million people. Otherwise, there is no liquidity or the price drops.

Let’s say it’s unacceptable to you that the price would drop below 0.1 ETH so you are going to control that. You will tell me that you are going to do that by “limiting supply.” But the supply is already out there. You issued a million tokens at whatever price you issued them, and this token can be cashed in at your company for an item.

Suddenly, the price drops. Why? Because people who are not you and your company think it’s only worth 0.025 ETH. Maybe they don’t like the item you are selling or maybe you are late in delivery or maybe there’s a great competitor. Whatever, they just think the token is only worth a quarter of the original value. How do you limit supply and ensure the price? Easy, you buy tokens at 0.1 EH. You keep buying them at that price and taking them off the market to “limit supply”. How many do you end up taking off the market before the price goes back up? If you have ever lived in a country where the economy collapsed, you know the answer. The answer is that you buy them until you run out of money.

You can’t change the market’s perception of the token, really, and each time you buy them back, the market gets less confidence in the token and tries to sell them at your inflated price as fast as they can. It’s as if you were offering a dollar for every quarter people give you.

It won’t grow in value because supply is limited

I know you think that this is a stupid analogy, but let me tell you about toe fungus. It exists in the real world. It’s alive and it has an ecosystem in which it will thrive whether or not anyone cares or values it. Your token isn’t alive and doesn’t exist. It is just a piece of zeros and ones somewhere on a blockchain. It won’t grow in value on its own. It will only grow in your ecosystem of humans who utilize it.

So stop saying “it will grow in value because the supply is limited”.

It will grow in value if people value it. If they don’t, you can’t limit the supply enough to create value. It’s worth exactly however much people will pay for it, and, given that it is, fundamentally “nothing”, that is how people will ultimately value it.

So why do people value Bitcoin?

Guess what? Bitcoin’s already been done. But I’ll answer your question anyway.

If you create the Lemon-coin, with which you can buy lemons and other citrus fruit, you are not creating a currency. You are creating a company trying to make a profit from citrus fruit. “But what if I add other fruits and vegetables? Doesn’t that make the economy even bigger?” It’s not an economy. It’s a company trying to make money from fruit and vegetables. Plus, you really only control the lemon trees. Now you are telling me that every other fruit producer will, for some reason, want to use its competitors’ coins. As I’ve explained in my previous post, your tokenomics don’t make sense and if you are a company, you should be considering an equity token.

All the cryptocurrencies that are valued as cryptocurrencies are created as currencies. Bitcoin, Ethereum, Dash, Zcash, Litecoin, these aren’t companies posing as currencies. They are just currencies. They could be devalued at some point, just like the Yugoslavian dinar or Venezuelan bolivar. Cryptocurrencies don’t have a for-profit company behind them. They have  foundations, with rules, and with no real “boss” because .. guess what? Vitalik, like myself, doesn’t want to set fiscal policy. Vitalik, fortunately, has figured out a system in which his job does not involve setting fiscal policy.

The scary thing is that, unlike Vitalik, I have not figured out a system in which my job does not involve setting fiscal policy. I speak to 3 to 5 people a day about their tokenomics, or, in other words, fiscal policy. Some of these people I won’t even consider taking as clients, because they don’t have a case. I am fortunate enough to convince at least half of them to either back down or consider a totally different model.

Scariest story: someone with background in nonprofit explained to me that after 3 years, the ICO company would run out of money and start fundraising, because, you know, it’s a “foundation”. This isn’t a scammer. This is someone legitimately thinking it is OK to raise money from investors with the plan to run out of money in 3 years.

Guess what? I write ICO whitepapers for a living. That’s what I do. I write ICO whitepapers. That’s even the name of this website. I happen to have degrees in mathematics and an MBA, but I did not intend to be a fiscal policy advisor. I have been reading books and blogs and watching a lot of content on fiscal policy, because I have some sense of responsibility about what I’m doing. But let me tell you. I’ve never had to manage billions of dollars and figure out whether to print money or raise interest rates, and I will never have to do that. I am working on an ICO in which someone will have to do that job, and I am not planning on hiring me.

Most of the clients I agree to take are those who have other experts on their team. If they don’t, I point them to people who can help in this area, or I strongly advise them to do an equity token.

Once someone asked me if I could send them some examples of the tokenomics models I’d provided in my tokenomics consulting gigs. I said, it’s not that kind of consulting. What I do is find all the holes in your business model and token model. If, after 3 sessions, you still want to do an ICO, we go ahead and do a whitepaper, with full knowledge of what you’re getting into. It’s worth a lot more than I’m charging, because you get 30 years of business experience, plus the experience I have after talking to over 100 founders of ICOs. If you decide not to do an ICO, I just saved you a year of agony and $500,000…. but if you are determined you will have answers to all of the hardest questions any investor will ask.

But still. If it’s a company with a CEO, you should do equity. You aren’t a central bank.